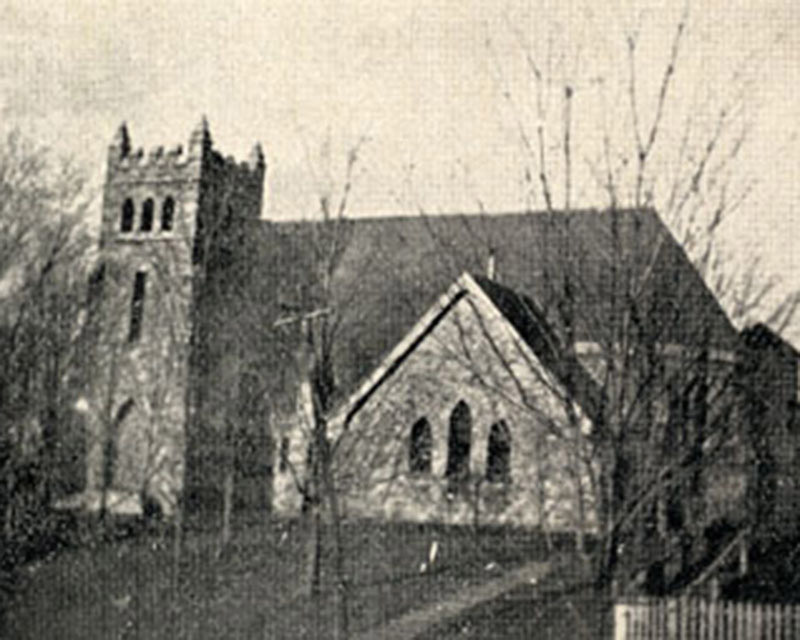 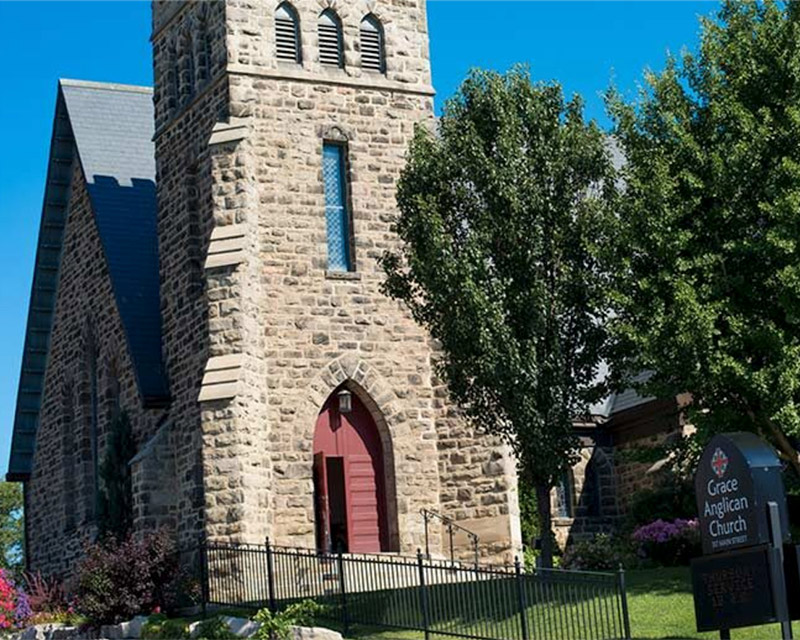 The Governor General, the Earl of Aberdeen, laid the cornerstone for this handsome stone church in 1895. He arrived by special CPR train from Toronto. The church was opened and dedicated November 12th of the same year. Mr. Charles Gibson was the architect, and the contractor was Coleman Lumber Co. of Burlington. The earlier Grace Church was built about 1856 on the land donated by Joseph Martin and his wife. It is still in use as the Parish Hall to the rear of the stone building.