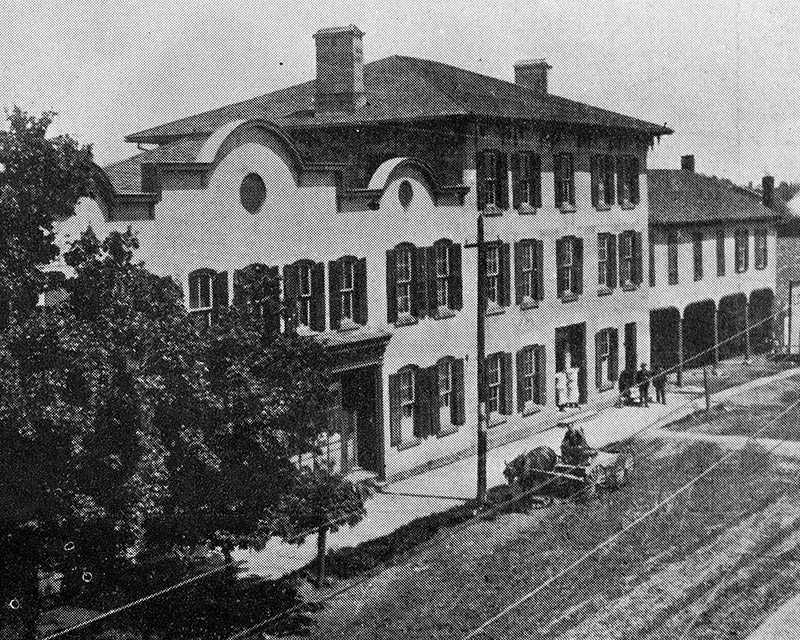 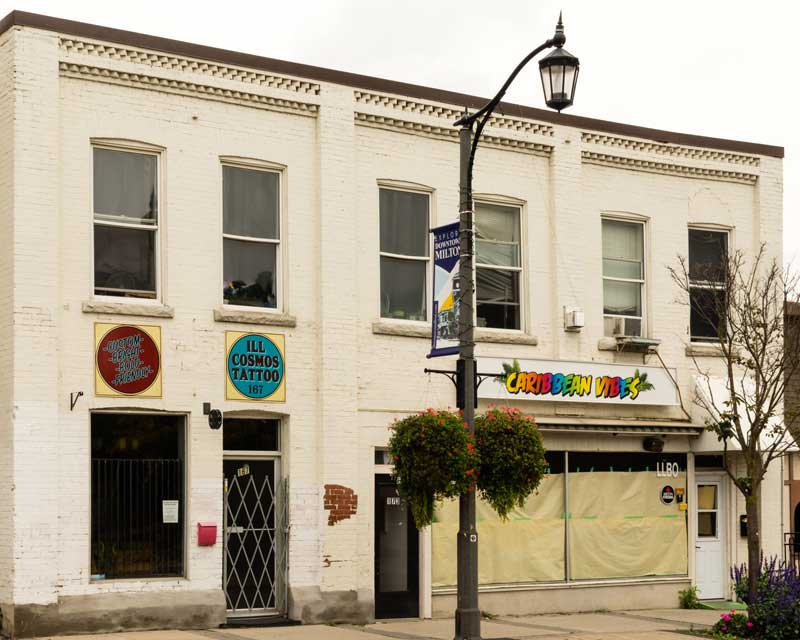 This building began as a frame livery stable (1847) for the two hotels – Thompson House of the west and Hampton House to the east. Robert Anderson replaced the frame structure in 1911 with pressed brick building. Most of the horses were stabled on the second floor and were brought down by an elevator to the first floor when needed, providing transportation around town i.e., horse, buggy, bus. In 1920, it became a garage, operated by Richard McDuffe with gas pumps on the sidewalk. He also sold farm equipment, becoming the first John Deere dealership in Ontario before being converted to its present retail use.