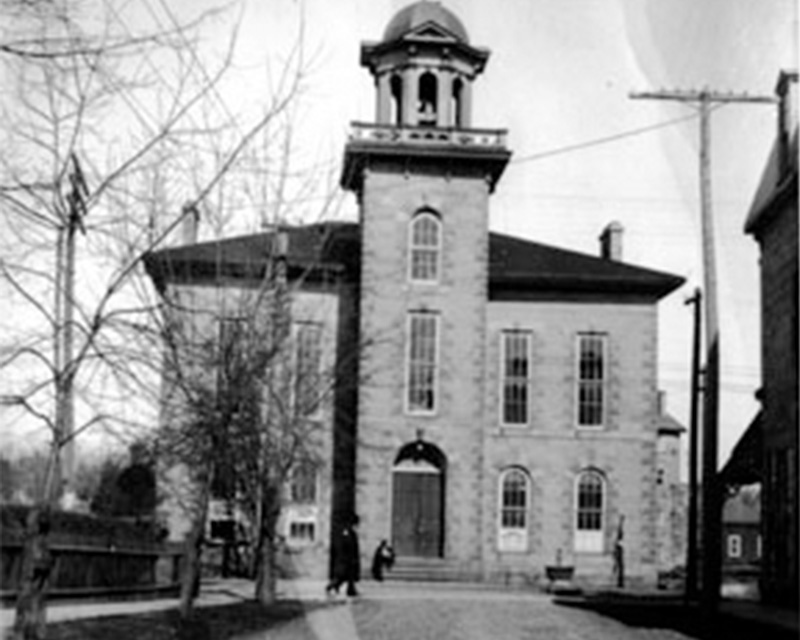 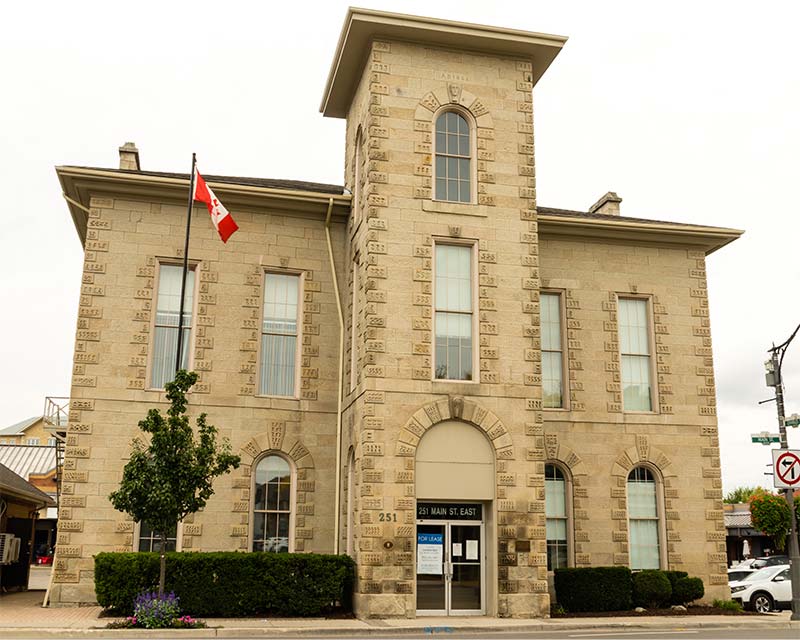 Original Townhall: This building has played a key role in the life of Milton since before Confederation. In 1864, Milton Council accepted the “generous offer of Joseph Martin to give a site for the new Market House.” It was estimated the building would cost $5,000. Total annual municipal expenditures at that time were under $4,000. The project went ahead amid great controversy. Construction dragged through the life of three councils. In 1867, Town Council fired the clerk and, following fierce debate, made final payment to the contractor. The building is in the Italianate style. Over the door and upper tower window can be seen the likenesses believed to be of the builders. They served as signature stones on the work. The brick addition at the rear erected in 1894. An upstairs auditorium served as the town’s centre for political and social activities until 1966, when it was converted to council chambers and the building was extensively remodeled. The town library was located on the main floor for many years and then, for a time, in the basement. A weigh scale was located just west of the building and the town clerk weighed produce on its way in and out of the nearby mill. It was the town’s fire hall for many years. Hoses were dried by hanging them from inside the tower and draining down into a pit in the front lobby. The building served as Town Hall until 1985.