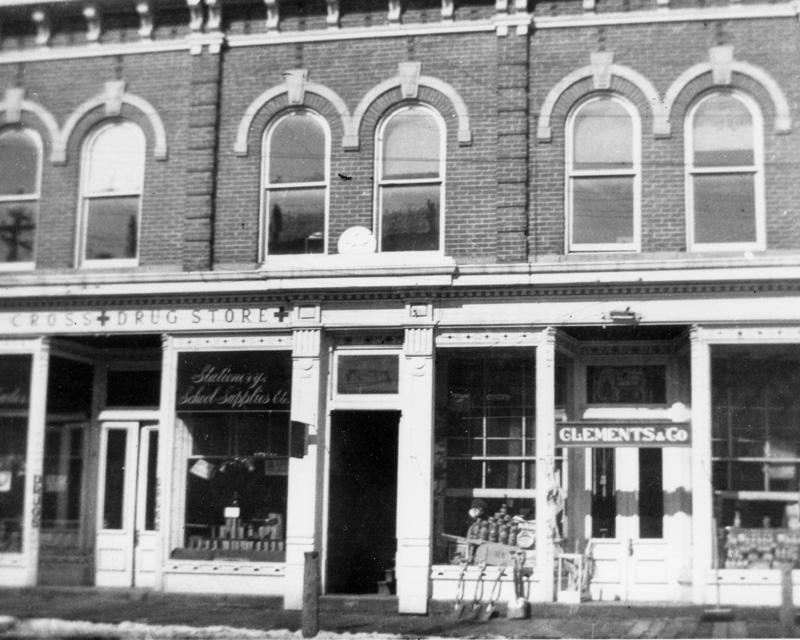 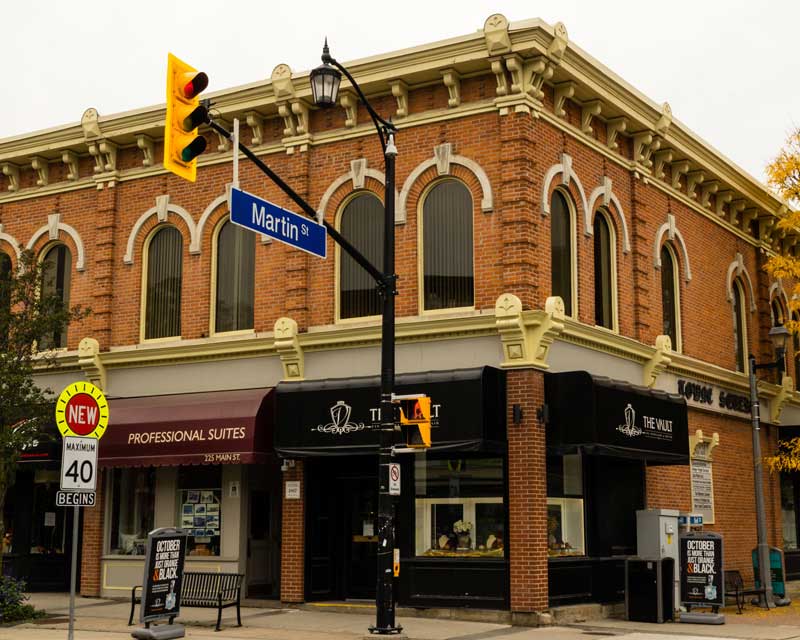 The Dewar / Clements’ Block: This major block built by John Dewar Jr. in 1887. He occupied an office on the second floor. When he died in 1888, the property was sold by his estate at the public auction for $5,800 to John and George Hardy. Clements & Co. operated a hardware store in one section from 1891 and William B Clements purchased the block in 1911. Milton Hardware was located here from 1932 until 1970. An early post office, hydro commission office, shoe store, Eaton’s order office, ect. were located in the other sections. The corner site remained a hardware store from the opening of the building until 1979. The section to the west was added years later to match the original.

The Women's Centre of Halton

The Vault Fine Jewellery and Repair