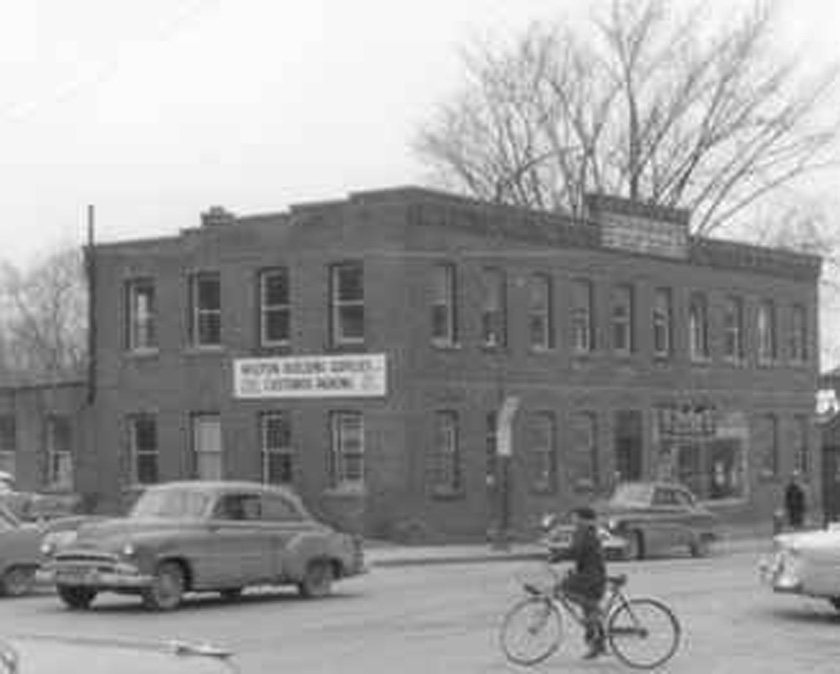 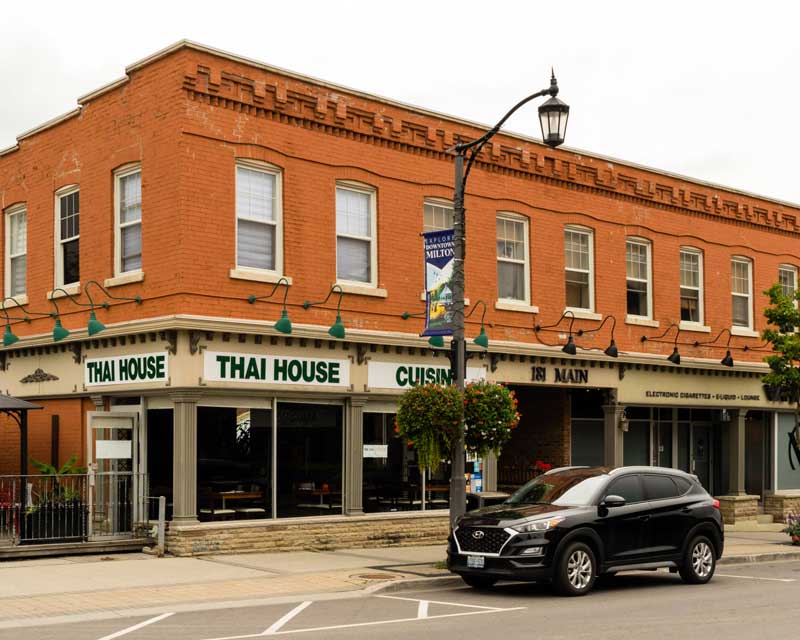 This was the original site of the Halton House in 1864, later named Hampton House (it was demolished in 1881). The present building was constructed by contractor John Hunter for the Winn & Co. Shoe Factory in 1892, with a ladies millinery business operating on the upper floor. Renovations followed a fire in 1897 and the shoe factory continued until 1911. The building was also a carpet factory and a knitting mill before major renovations in 1958 converted it to commercial use and office space.