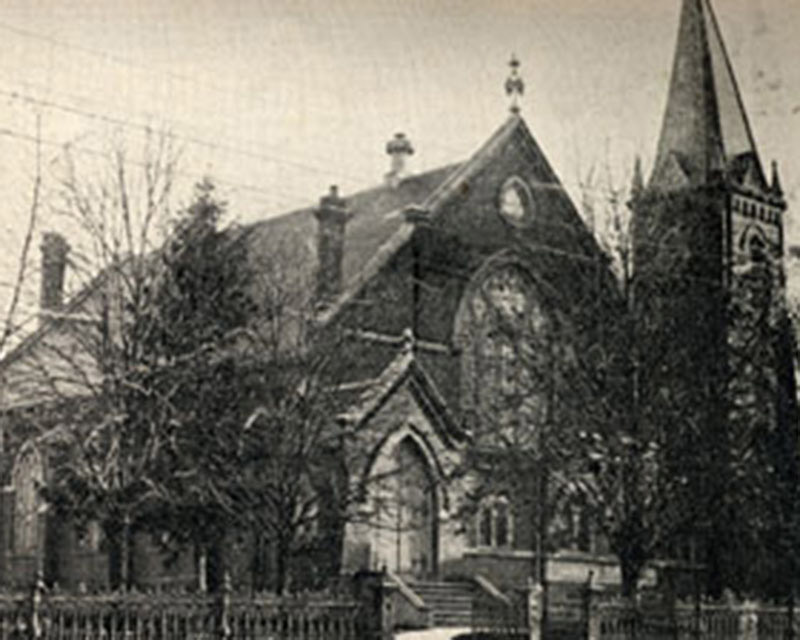 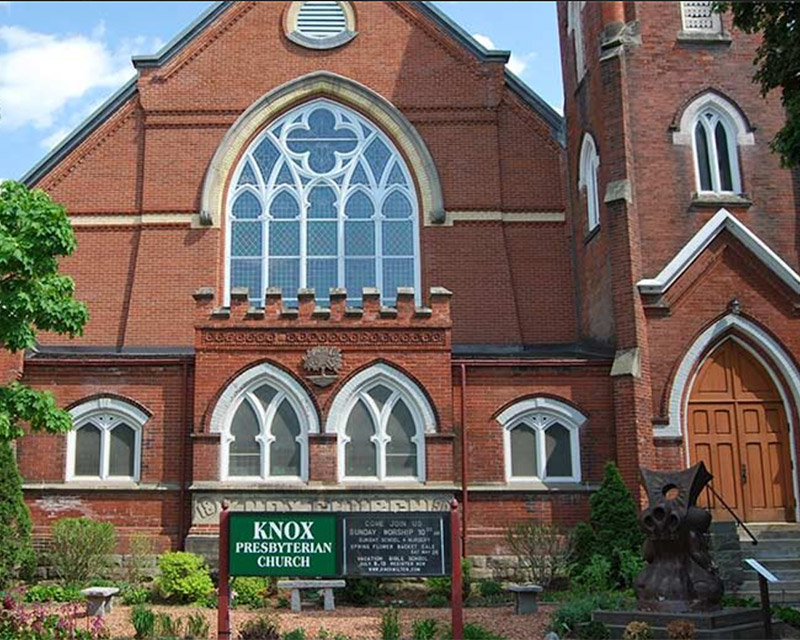 Presbyterians built this classic church in 1890. The property was purchased from W.L.P Eager, who owned the building seen next to the church (the date stone is located in the middle under the windows and the presbyterian crest above the windows). Two cornerstones were laid at the northeast and west corners. Contractor John Hunter built the church at a cost of $14,000. An addition at the rear dates from 1894. This was not the original meeting place for the Presbyterians. In 1846, they built the first Protestant church in town, further west on Main Street. That building was later moved to 146 Mill Street. Prior to building at 170, they had built a stone church at 103 Martin Street in 1855.