From saddles to insurance to ice cream

From saddles to insurance to ice cream

Recently Milton Historical Society plaqued 208 Main Street as part of its historic properties program for property owners. This particular property is part of the terra cotta, pressed-brick building, which makes up several stores in what was known as the Porter/Little Block.

Originally, the property was part of the Samuel Fordham Taylor Tannery, one of the first businesses on our Main Street. Several frame structures, which were located here, were destroyed by fire in 1886.

William Little operated his saddlery business from when the new brick building was constructed in 1893. The bricks were supplied from one of Milton’s local brickyards and were of superior quality.

Mr. Little married Susan Kerry in 1856 and they raised four children. Their son, John Franklin Little, worked with his father learning the trade and, in 1907, took over the family saddlery business.

John was very active in the community as a member of the volunteer Fire Brigade, Milton Curling Club, Town Council, Reeve and Halton County Warden, Secretary-Treasurer of Evergreen Cemetery Co., and the Board of Health.

It is interesting to note that the Little Saddlery Shop became known as the headquarters for the “Tory Party of Milton”. True blue Tories would meet to discuss the pros and cons of politics and about strategy for upcoming elections. They gathered around the potbellied stove in the center of the shop. No doubt the air was blue at times and steaming in the winter.

Mr. Charles LeCocq, who became John Little’s employee, eventually took over the business and purchased the building in 1954 from the Little family. Charles served with the 164th Battalion in the First World War. He continued to operate the harness/saddlery business.

Following his death in 1964, his estate sold the building to Robert “Bob” McCuaig, who then operated an insurance brokers office, followed by his son Peter.

In 2019, the building was sold to Charlie and Angela Graci who have renovated the building and now operate a new business, Rock Star Ice Cream Shop. Prior to this Charlie worked with his father next door at 206 Main Street at Tony’s Barber Shop. 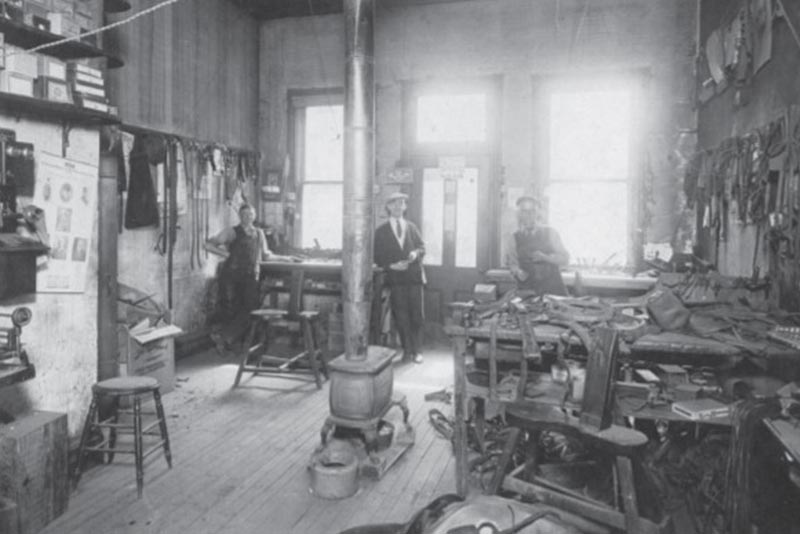 Here’s a picture of the inside of Little Saddlery on Main Street from the first half of the 20th Century. 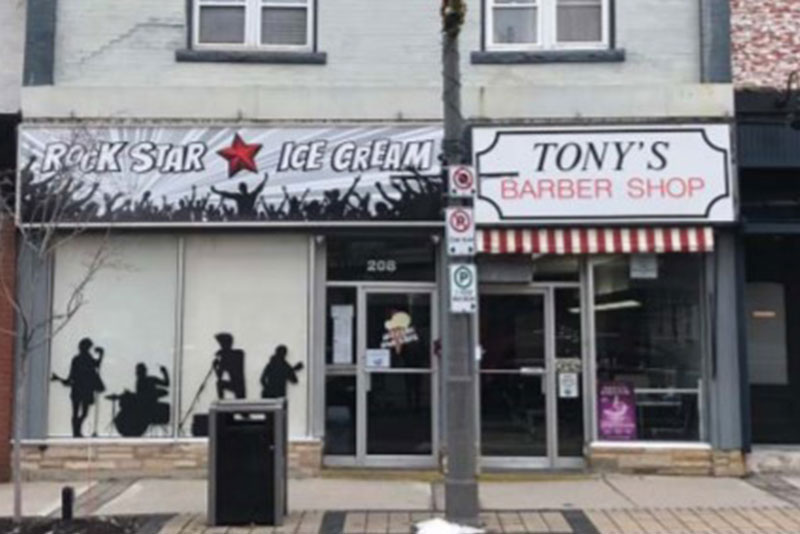 The building now housing Rock Star Ice Cream at the 208 Main Street began its life as a tannery in the 19th Century.

This article was written by Marsha Waldie.

Make the best of these summer nights while you can

Looking for something to do with the kids tomorrow

Come stop by after the Farmers’ Market, grab a c

Thank you to @bcs.milton for generously supporting