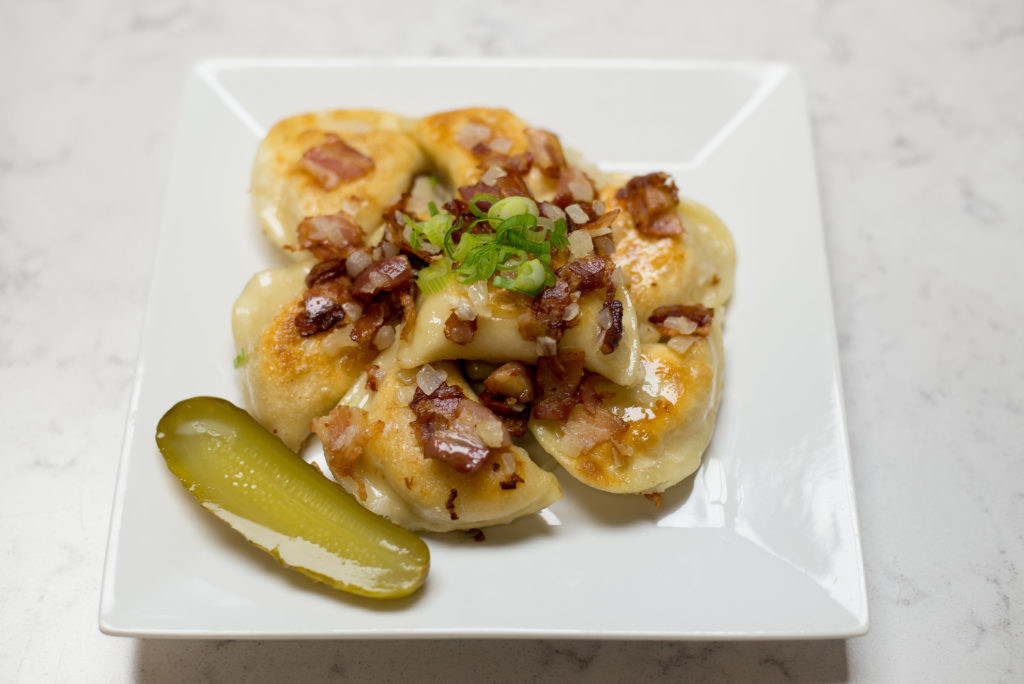 Mama’s Pierogies has quickly become one of Downtown Milton’s favourite businesses. Since opening their doors in September 2016, Mama’s Pierogies has been a fun, unique addition to the downtown core. This family-owned and operated business began with a gentleman named Ziggy Knapik. Ziggy had been a truck driver for 20 years when he sustained an injury that would prevent him from driving trucks for the rest of his life.

Ziggy, however, refused to give up. Instead of letting the injury get the best of him, he decided to pursue his life-long dream of opening his own restaurant. He worked alongside the creative minds of his children and son-in-law to create a unique menu inspired by his Polish homeland. The store is owned and operated by Ziggy Knapik, Thomas Knapik and Cody Green. Together, this trio has won the hearts of people across Milton.

During the preliminary discussions about opening a restaurant, the team determined that one of their main goals was to add to the diversity of Downtown Milton by expanding its food scene. Mama’s Pierogies has a completely original menu and its pierogies go uncontested in Downtown Milton. The owners are fueled by their customers’ satisfaction and driven by their love for great food.

For Ziggy, Thomas and Cody, one of the best parts about running Mama’s Pierogies is interacting with so many great people in Milton. Since opening, the team has been able to build strong relationships with people in the community and other business owners.