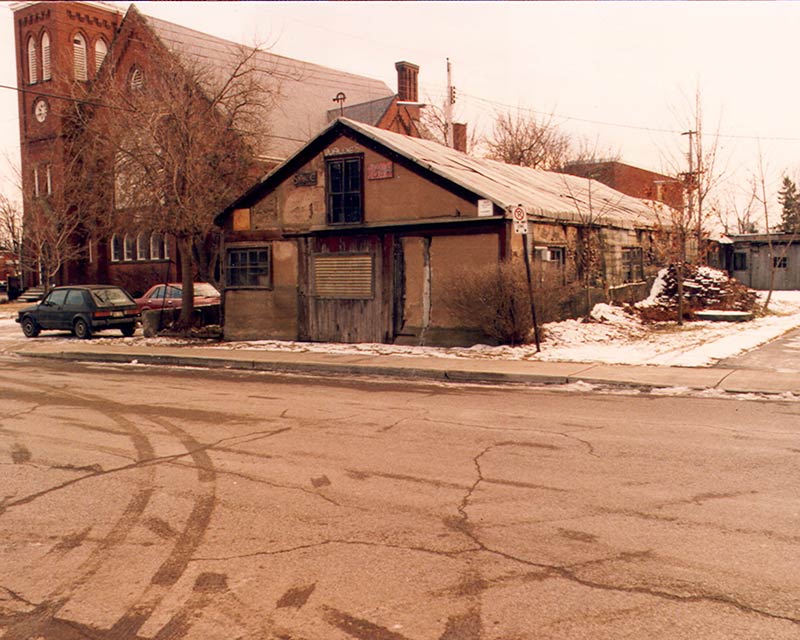 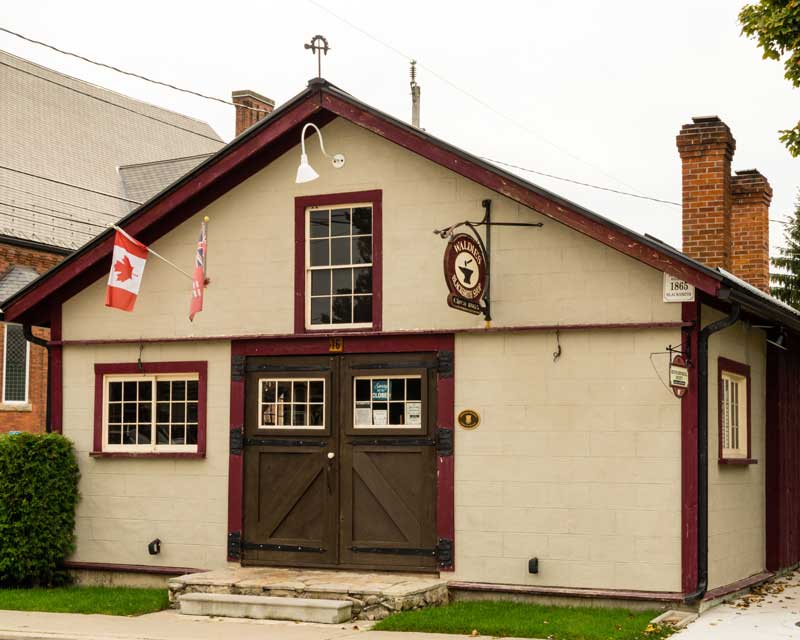 The Waldie Blacksmith Shop was owned and operated by James Allfred Waldie Sr., who was born in 1832 in Scotland. He arrived in Canada with his brother, Alexander, and settled in Acton, Ontario around 1857. In the early 1860’s, he moved his family to Milton and eventually opened blacksmith business in 1865. He moved part of this building back to this site and added to the front of it and at the back. The Waldie family have operated a blacksmith shop on this site for well over 100 years through three generations (James Sr., James Jr., and Alfred). The building front for iron work and the rear was for woodworking aspects of wagons, buggies ect. Mr. Waldie Sr. was also know as producing a superior cultivator-harrow of unique design, which assisted local farmers till their land. The building is a post and beam timber structure with rubble stone infill walls. It is rare that a blacksmith shop still exists in its original urban location. The building has been lovingly preserved and restored and is now the home of the Milton Historical Society, preserving Milton’s history, archives and providing a glimpse of years gone by. Blacksmith classes are available to those interested.